admin
Admin
posted on 3 years ago
—
updated on 3 years ago
2,215
views
Health & Diseases News
A new study declares that not all gene mutations are bad, after uncovering a mutation that appears to give a known tumor suppressor gene a boost against pancreatic cancer.

Researchers have discovered a p53 gene mutation that prevented pancreatic cancer in mice.

Generally the ‘pancreatic cancer’ begins in the tissues of your pancreas — an organ in your abdomen that lies horizontally behind the lower part of your stomach. Your pancreas releases enzymes that aid digestion and hormones that help manage your blood sugar.

This type of cancer treatment may include surgery, chemotherapy, radiation therapy or a combination of these.

But a new study declares that no tall gene mutations are bad, after uncovering a mutation that appears to give a known tumor suppressor gene a boost against pancreatic cancer. 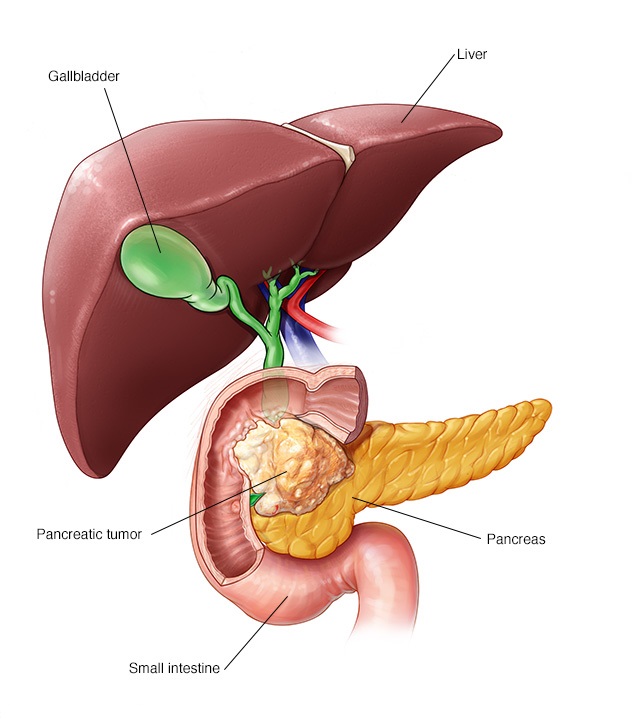 The study team found that mice that possessed a specific mutation in the p53 gene were significantly less likely to develop pancreatic tumors, compared with mice that did not harbor this gene mutation.

One of the senior study author Laura Attardi, Ph.D. - of the Department of Genetics at the Stanford University School of Medicine in California - and colleagues recently reported their findings in the journal Cancer Cell.

It is well established that the p53 gene - which is also referred to as tumor protein p53 - protects against tumor development. Located on chromosome 17, the gene encodes the p53 protein.

In response to cellular stress, the p53 protein triggers DNA repair, apoptosis, or programmed cell death, and cell cycle arrest in order to halt the growth and replication of cells with damaged DNA. This helps to prevent tumors from developing.

There are numerous mutations in the p53 gene that fuel tumor development, but Dr. Attardi and colleagues have identified one that may have the opposite effect,making the p53 gene a "super tumor suppressor."

No mice with the p53-TAD2 mutation developed cancer

Therefore, the scientists came to their findings by analyzing the effects of various p53 gene mutations in mice that were susceptible to pancreatic cancer.

The study team found that mice that possessed a specific mutation in the p53 gene were significantly less likely to develop pancreatic tumors, compared with mice that did not harbor this gene mutation.

The analysis discovered one such mutation - situated in a transcriptional activation domain known as TAD2 - that appeared to halt pancreatic tumor development. About forty percent of the mice with normal p53functioning had developed pancreatic cancer, while no mice with thep53-TAD2 mutation developed the disease.

Function of p53. The E6 viral protein binds to and inactivates p53.

"It's not to say that mice with the mutated version of p53 would never get cancer,"says Dr. Attardi, "but this experiment suggests that this particular mutant is really potent in limiting tumor development."

"What's incredible about this mutant is that it hit a sweet spot," explains Dr. Attardi. "Embryos can make it through development without any obvious effects, and then adult mice show greatly enhanced resistance to tumor growth."

During further investigation, Dr. Attardi and colleagues found that the p53-TAD2 mutation triggers a series of processes that prevent tumor formation. The mutation activates a protein called Ptpn14, and this suppresses a protein called Yap, preventing cells from becoming cancerous.

By conducting an analysis of human cancer genomic data, the researchers found that Yap activity increases in response to other p53 gene mutations, providing further evidence that the Yap protein is involved in cancer development.

"I think this p53-Ptpn14-Yap axis is a central mechanism," says Dr. Attardi. "P53 affects a lot of tumor-suppression processes, so if it influences a central protein like Yap, which also controls a lot of cancer processes, it can have widespread effects on cell behavior."

The researchers believe that they have identified a pathway by which a p53 gene mutation can increase the tumor-suppressing abilities of the p53 protein, a discovery that could lead to new cancer treatments.

"Clearly, Yap is a very potent oncogene," says Dr. Attardi. "And our study suggests that perhaps the focus should be on developing Yap inhibitors for tumors where p53 is gone - maybe it's more critical in those cancers."

For their future research, the team plans to investigate whether the p53-TAD2 mutation can halt the development of other cancers.