admin
Admin
posted on 3 years ago
—
updated on 3 years ago
2,355
views
Health & Diseases News
Obesity a risk factor for breast cancer, but precisely how does excess weight drive the disease? A new study has shed some light, revealing the process by which obesity increases the aggression of breast cancer cells.

It is known that obesity a risk factor for breast cancer, but precisely how does excess weight drive the disease? A new study has shed some light, revealing the process by which obesity increases the aggression of breast cancer cells.

Recently studying on mouse and human breast cancer tissue, researchers discovered an increase in blood levels of specific cytokines — which are proteins secreted by immune cells — that reduce the activity of an enzyme called acetyl-CoA-carboxylase 1 (ACC1).

This process leads to a buildup of a fatty acid precursor called acetyl-CoA, which increases the metastatic ability of breast cancer cells — that is, their ability to spread to other parts of the body.

Surprisingly, the researchers found that the secretion of ACC1-inhibiting cytokines was significantly higher in breast cancer tissue from patients who were obese.

Research co-leader Dr. Stephan Herzig — director of the Institute for Diabetes and Cancer at Helmholtz Zentrum München and a professor of molecular metabolic control at Technische Universität Münchenin Germany — and colleagues recently reported their findings in the journal Cell Metabolism.

The breast cancer is the most common cancer to affect women in the United States after skin cancer and worldwide as well. This year, it is estimated that there will be around 252,710new cases diagnosed in U.S. women, and around 40,610 women will die from the disease.

And the vast majority of breast cancer deaths are caused by metastasis, wherein breast cancer cells spread to other areas of the body, such as the lungs or bones.

Previous studies found that being overweight or obese is a well-established risk factor for breast cancer. In fact, after going through menopause, women who are obese are 20–40 percent more likely to develop breast cancer than women of a healthy weight. 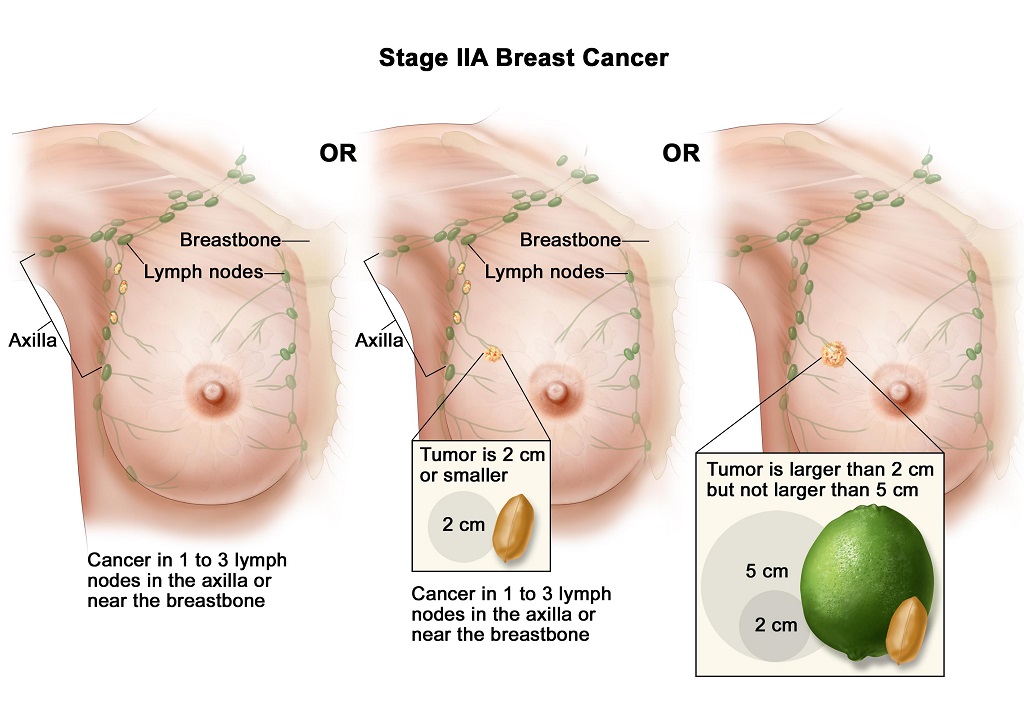 Furthermore, obesity has also been associated with an increased risk of breast cancer metastasis and reduced survival from the disease.

However, the exact mechanisms underlying the link between obesity and breast cancer have been unclear.

For more findings, Dr. Herzig and colleagues investigated the activity of the enzyme ACC1 in mouse-derived breast cancer cell lines, as well as in breast tissue taken from patients with metastatic breast-cancer.

Some past studies have indicated that ACC1 —which plays a role in the synthesis of fatty acids — may be involved in cancer metastasis.

Study may have uncovered a potential new therapy

Therefore, the reduction in ACC1 leads to an accumulation of acetyl-CoA. The buildup of acetyl-CoA modifies transcription factors — or proteins that regulate gene expression — in a way that promotes breast cancer metastasis. 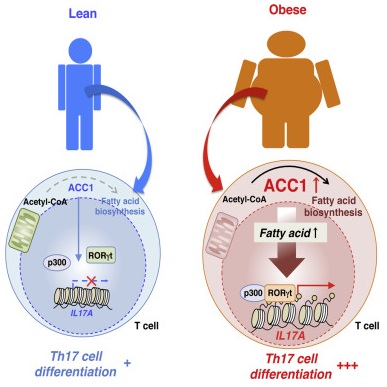 Further investigation revealed that obesity leads to an increase in the release of two cytokines, called leptin and transforming growth factor beta, into the bloodstream. These cytokines inhibit ACC1 in breast cancer cells.

The researchers then used an antibody to block a pathway associated with leptin release in human breast cancer cell lines,which, in turn, prevented ACC1 inhibition. They found that this prevented the cancer cells from metastasizing.

Based on their results, the researchers believe that they may have uncovered a potential new therapy for breast cancer.

"Blocking the signaling pathways and switching off the metastasis-related genes could be a therapeutic target. As part of the so-called neoadjuvant therapy, the risk of metastases or the recurrence of tumors could be reduced prior to the surgical removal of the tumor."  Dr. Stephan Herzig