Researchers have found key prevention and strategy for Osteoarthritis

admin
Admin
posted on 3 years ago
—
updated on 2 years ago
2,161
views
Health & Diseases News
In a new research scientists explain why the risk of osteoarthritis increases as we age and offers a potential avenue for developing new therapies to maintain healthy joints.

Researchers suggest that increasing levels of FoxO proteins could be one way to prevent and treat osteoarthritis.

Osteoarthritis (OA) is a type of joint disease that results from breakdown of joint cartilage and underlying bone. The most common symptoms are joint pain and stiffness. Initially, symptoms may occur only following exercise, but over time may become constant. Other symptoms may include joint swelling, decreased range of motion, and when the back is affected weakness or numbness of the arms and legs. The most commonly involved joints are those near the ends of the fingers, at the base of the thumb, neck,lower back, knee, and hips.

Osteoarthritis,also referred to as degenerative joint disease, is estimated to affect more than 30 million adults in the United States, making it the most common type of arthritis. 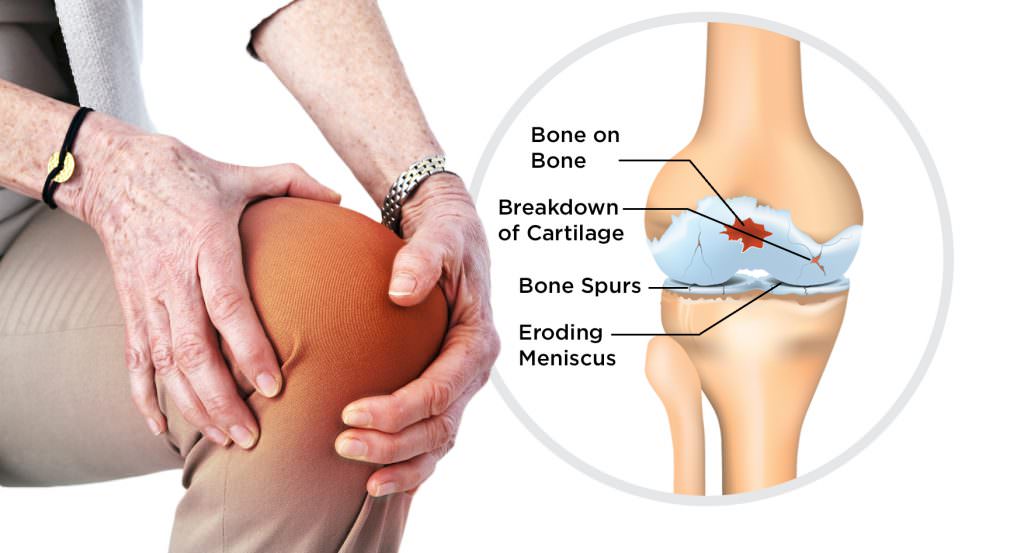 Now, a study from scientists at The Scripps Research Institute (TSRI) explains why the risk of osteoarthritis increases as we age and offers a potential avenue for developing new therapies to maintain healthy joints. Researchers also reveal that proteins called FoxO are key for joint health.The condition is characterized by a breakdown of cartilage, which is the tissue that cushions the joints of the bones.

By boosting the levels of these FoxO proteins, they believe that it might be possible to treat osteoarthritis, or even stop the disease from developing.

The main study author Dr. Martin Lotz — from the Department of Molecular Medicine at TSRI — and his team recently reported their results in the journal Science Translational Medicine.

In a previous study, Dr. Lotz and team found that FoxO levels in joint cartilage are reduced. For this latest study, the researchers sought to find out more about how FoxO proteins affect joint health.

The team reached their findings by studying mice that were lacking FoxO proteins in their joint cartilage. Compared with control mice, the scientists found that FoxO-deficient mice experienced degeneration of the joints at a significantly younger age.

Furthermore, the rodents with FoxO deficiency showed greater susceptibility to cartilage damage during a treadmill test, and they were also more likely to develop post-traumatic osteoarthritis due to knee injury.

By doing further investigation, the research team found that the FoxO-deficient mice showed abnormalities in a process called autophagy, which is a natural process by which cells get rid of any unwanted or damaged components in order to maintain their health and carry out any repairs.

Moreover, FoxO deficiency led to abnormalities in the processes that protect our cells against damage caused by free radicals.

Again, the study revealed that mice lacking FoxO proteins failed to produce the required levels of a protein called lubricin, which helps to protect joint cartilage against wear and tear.

The reduced production of lubricin was linked to a reduction in healthy cells in the "superficial zone," which is a layer of cartilage in the knee joint.

By increasing FoxO 'may prevent' osteoarthritis

Why does FoxO cause these issues? The researchers found that FoxO proteins regulate the expression of genes that are important for joint health, including those that control inflammation and autophagy.

Researchers explained the absence of FoxO proteins in the joint cartilage leads to an increase in inflammation and a decrease in autophagy, meaning that cells are unable to repair any damage.

"The housekeeping mechanisms, which keep cells healthy, were not working in these knockout mice," says Dr. Lotz.

And for the final part of their study, the scientists wanted to see whether boosting FoxO levels could restore these "housekeeping mechanisms."

By increasing FoxO expression in cells taken from people with osteoarthritis, the researchers were able to normalize the expression of genes associated with inflammation and autophagy, and the production of lubricin was also restored.

Researchers now plan to create molecules that can increase FoxO levels and assess their effects in experimental osteoarthritis models.

"Drugs that boost the expression and activity of FoxO could be a strategy for preventing and treating osteoarthritis." Dr. Martin Lotz