admin
Admin
posted on 2 years ago — updated on 1 month ago
1,398
views
Men's Sexual Health Foods
A recent  study on  mushrooms  researchers found a converse  relationship between mushroom consumption and the development of prostate cancer among middle-aged and  elderly Japanese  men, suggesting that regular mushroom intake might help to prevent prostate cancer.

The latest research suggests that regularly eating mushrooms may cut a person's risk of prostate cancer.

Mushrooms are classified as vegetables in the food world,but they are not technically plants. They belong to the fungi kingdom. Although they are not vegetables, mushrooms provide several important nutrients.

Mushrooms are packed with nutritional value. They're low in calories, are great sources of fiber and protein (good for plant-based diets). They also provide many important nutrients, including B vitamins, selenium, potassium, copper, and(particularly when exposed to the sun) vitamin D.

In the first study of its kind,Japanese researchers have found an association between eating mushrooms and a reduced risk of prostate cancer. Although the size of the effect is relatively small, the findings are likely to inspire further investigation.

In a recent report The National Cancer Institute predicts that there will be 174,650 new cases of prostate cancer in the United States in 2019.Though treatment for this type of cancer is continually improving, there is neither a cure nor any way to prevent it.

However, some evidence suggests that eating healthfully might reduce the risk.

Therefore if scientists can identify simple dietary interventions that can reduce this risk, even by a small amount, it could make a substantial difference globally.

Mushrooms are a relatively inexpensive and widely consumed food throughout the world. In recent years, studies have begun to identify their potential disease fighting capabilities.

The previous study in 2012 claims that certain compounds in mushrooms have anticancer, anti-inflammatory, and anti-diabetic properties, among others.

More specifically, studies in both cultured cells and animal models have found that extracts from some mushroom species can slow tumor growth. 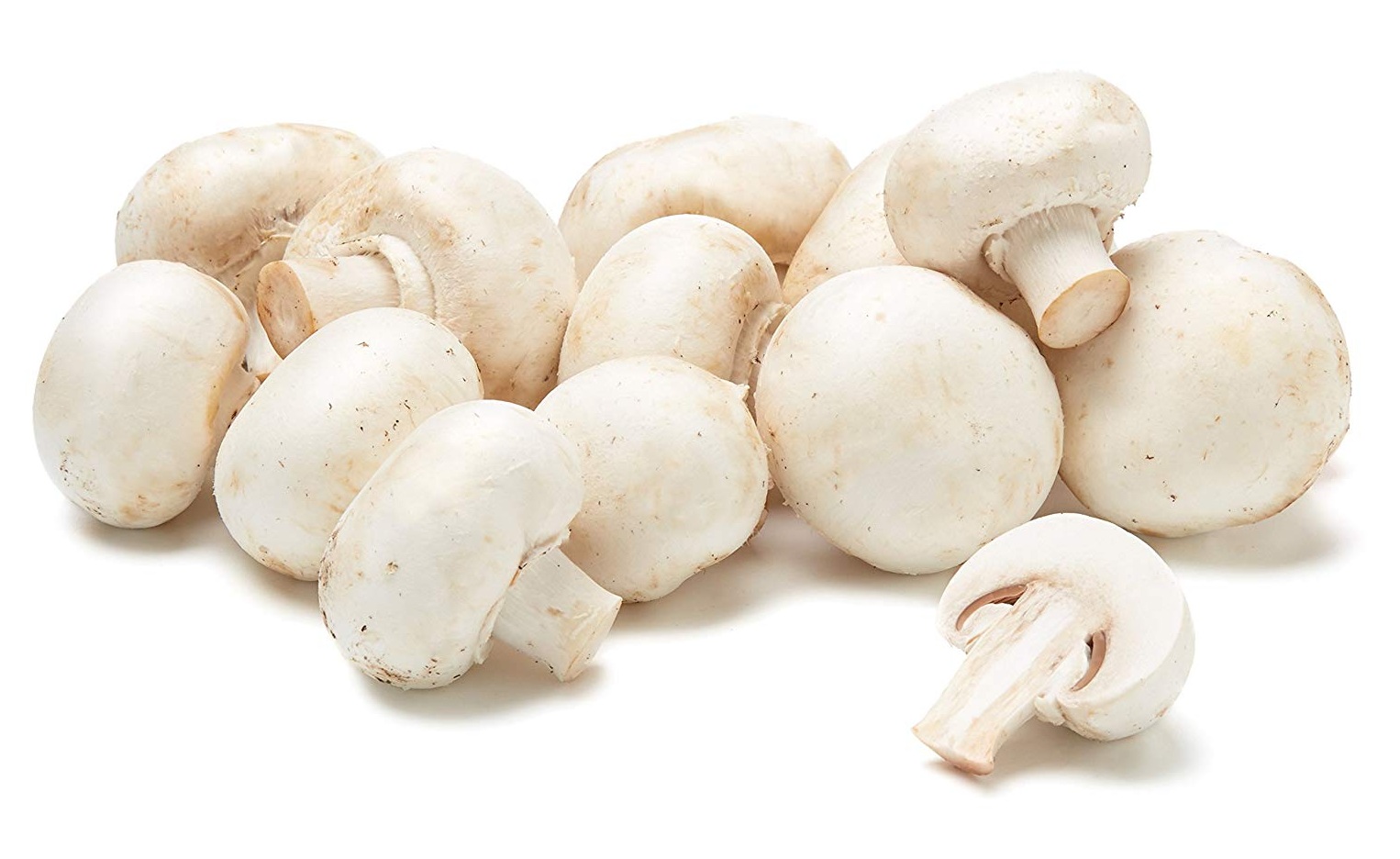 As stated by the main authors of the recent paper, only one previous human trial has investigated mushrooms and prostate cancer. The earlier study tested powdered white button mushrooms in men with recurrent prostate cancer.

Research team found that for some of the participants, the mushroom extract reduced levels of prostate specific antigen (PSA) — the primary bio-marker for prostate cancer —and boosted the body's immune response to cancer.

The latest research is the first to look at the relationship between mushroom consumption and the incidence of prostate cancer within a population.

Data collected from the Miyagi Cohort and the Ohsaki Cohort Study

For the investigation, the team took data from the Miyagi Cohort Study and the Ohsaki Cohort Study. In total, they had access to data from 36,499 Japanese men between the ages of 40 and 79 years. They followed these individuals for a median of 13.2 years.

They then assigned each participant to one of five groups based on their mushroom consumption:

During the follow-up period of the study, there were 1,204cases of prostate cancer, which equated to 3.3% of participants.

After controlling for confounding variables, the researchers observed a significant beneficial effect: 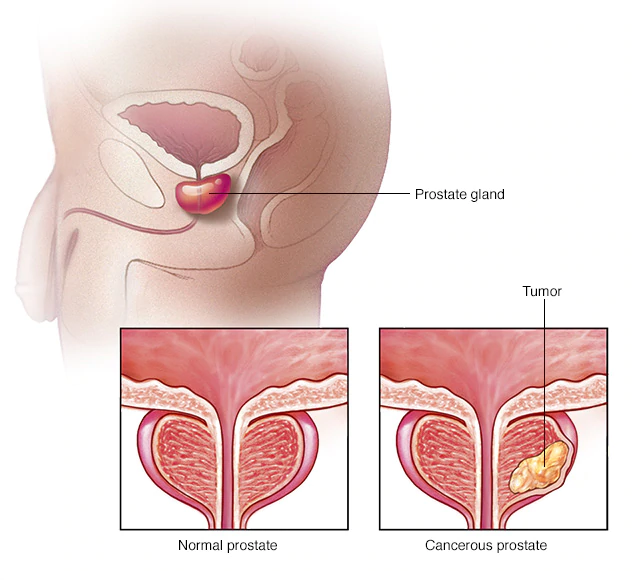 "To the best of our knowledge, this is the first cohort study indicating the prostate cancer-preventive potential of mushrooms at a population level." Main authors of this new study conclude

This relationship was significant even after controlling for a range of factors, including family history of cancer, alcohol and tobacco use, and coffee intake.

More importantly, they also adjusted their analysis for the amount of energy, meat, fruit, vegetables, and dairy that each participant consumed — in other words, the reduction in risk was not, for instance, because the participants who ate more mushrooms also ate more vegetables.

But, it is worth noting that the increase in the incidence of prostate cancer between those eating the fewest mushrooms and those eating the most is just 0.31% (3.42% compared with3.11%, respectively).

Also, the effect was only significant in men older than 50 years. The authors believe that this might be because prostate cancer is much rarer in younger men.

There are certain limitations to the study.Firstly, using self-reported dietary information is not ideal because it is open to error and misreporting. However, with a study of this size, there is no viable alternative.

Along similar lines, the team only recorded dietary information once, at the beginning of the study. Over a decade, a person's diet can change dramatically.

Also, as lead author Shu Zhang, Ph.D., notes, "Since information on mushroom species was not collected, it is difficult to know which specific mushroom(s) contributed to our findings."

Of course, because the study was observational,the authors cannot definitively conclude that mushrooms caused the reduction in cancer risk. Despite controlling for many variables, it is still possible that an unmeasured factor influenced the results.

Weilin Wu, a health information officer at Cancer Research U.K. who did not work on the study, told Newsweek:"Since not much is known about preventing prostate cancer, studies like this are intriguing. But we need a lot more research to back it up and explain any possible link before we can say that people should stock up on mushrooms to cut their prostate cancer risk.

"It's unlikely that one single 'miracle food' will reduce the risk of cancer by itself," he stressed.

"And your overall diet is much more important than eating any one particular type of food. So instead of packing your shopping basket full of mushrooms, try thinking about having a range of vegetables, whole grains and fruits as part of a balanced diet and a way to help you keep a healthy weight."

Ying Wang, a principal scientist in Epidemiology Research at the American Cancer Society who did not work on the study, told health Org questionnaires are subject to error, and other unmeasured factors might explain the link.

Although the team did not design the research to uncover how mushrooms might protect against cancer, the authors believe that this effect might be due to their antioxidants. For instance, some mushrooms contain L-ergothioneine and glutathione, both of which are powerful antioxidants.

Overall, the authors conclude that "habitual mushroom intake might help to reduce prostate cancer risk. Further studies in other populations and settings are required to confirm this relationship."