Social media: Is it harming your social life?

admin
Admin
posted on 2 years ago
—
updated on 2 years ago
1,006
views
News
We are becoming increasingly unsocial in this 'social' world, living a parallel social life on the internet which doesn't really exist.” Social media is making our world less genuine and we're losing what has always been known as being the basis of a “good” life.

Does spending time on social media affect how much you socialize in real life?

In a world that has become so dependent on technology, we are more consuming information and in different ways than ever before. News that people used to get from newspapers turned to radio, then television, and now we have access through our smartphones. With developing technological advancements these changes were bound to happen, but it was with these changes that new kinds of communication emerged, which is social media. It is damaging our lifestyles in ways that even a millennial that has grown up around this technology can still see, and this is coming from a kid who wasn't allowed to have social media and begged her parents for a Facebook at the age of 12.

You may have heard the argument that social media makes you socialize less "in real life." However, if this article popped up in your Twitter feed — which you were scrolling through while surrounded by people you deemed less interesting than your screen — you needn't worry; a new study dispels such concerns.

In fact, there are two new studies — which were both led by Jeffrey Hall, an associate professor of communication studies at the University of Kansas in Lawrence — that dispel "social displacement theory." 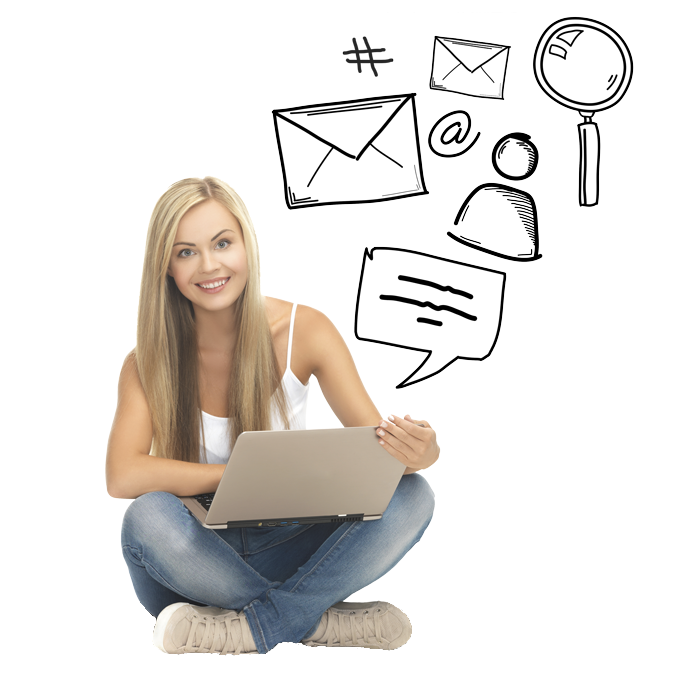 Social displacement theory basically states that the more time you spend in the world of social media, the less time you're likely to spend socializing with people in the real world.

This applies to both passive use of social media (such as mindless scrolling at a house party) and active interaction (such as living for those little green circles that appear next to the names of your Facebook friends.)

The social displacement theory also states that such a decrease in social interaction will make you miserable — or, to use scientific language,"lead to a decrease in your well-being." So, Hall and his team tested these ideas and published their findings in the journal Information, Communication & Society.

The two new studies have the same conclusion

In the new "Study 1," Hall and his colleagues used data collected from the Longitudinal Study of American Youth between 2009 and 2011. They investigated whether or not there was a link between social media use and"direct" social contact, which is defined as getting out of the house, hanging out with friends, talking on the phone, or partaking in any form of group activity, bar religious ones.

As Hall explains, those examined pertained to the so-called Generation X, and"the questions about social media use were asked right when Facebook was hitting its inflection point of adoption, and the main adopters in that period were Gen Xers."

"What was interesting," he adds, "was that, during a time of really rapid adoption of social media, and really powerful changes in use, you didn't see sudden declines in people's direct social contact."

"If the social displacement theory is correct, people should get out less and make fewer of those phone calls, and that just wasn't the case." Jeffrey Hall

In the new "Study 2," the team quizzed 116 people about their social media use and direct social contact five times per day for 5 days in a row.Here, the findings from the previous study were confirmed.

"Social media users were not experiencing social displacement," explains Hall. "If they used social media earlier in the day, they were not more likely to be alone later."

We are becoming increasingly unsocial in this 'social' world, living a parallel social life on the internet which doesn't really exist.” Social media is making our world less genuine and we're losing what has always been known as being the basis of a “good” life.

Dr. Hall notes that his is not the first study to have questioned the social displacement theory. But despite such efforts to debunk it, the myth that more time on social media means less time socializing in real life seems to persist.

"I'm trying to push back on the popular conception of how this works," he says. "That's not to say overuse of social media is good, but it's not bad in the way people think it is."

Instead, what Hall suspects happened is that social media merely displaced other ways of getting one's information, such as traditional newspapers or even browsing the Internet.

However, he notes that this is a topic for another study. For now, the team's findings help us to view the popular theory with some suspicion.

One more study from the University of Michigan found the more time a person spends on Facebook, the more his or her feelings of well being decrease and feelings of depression increase. Lead researcher Ethan Kross explained: “On the surface Facebook provides an invaluable resource for filling such needs by allowing people to connect …rather than enhancing well being, however, these findings suggest that excessive use of Facebook may undermine it."

Watch 'Look Up' , a five-minute video by Gary Turk encouraging the modern generation to “switch off their display and live in the moment”.

Thus we are becoming increasingly unsocial in this 'social' world, living a parallel social life on the internet which doesn't really exist.” Social media is making our world less genuine and we're losing what has always been known as being the basis of a “good” life. The problem is, the way our technology-dependent world is headed isn’t going to just go away anytime soon.Alternatively, it's going to keep evolving and transforming into new forms with who knows what other ideas to accompany it. If you happen to be a user who recognizes some of these things, you can probably see that using it sparingly and to promote the good things in the world is the best way to use it.