admin
Admin
posted on 2 years ago
—
updated on 2 years ago
881
views
Home Remedies News
A team of scientists have unveiled a list of 33 foods proven to offer long-term pain relief for rheumatoid arthritis symptoms and say the ingredients could be used to develop new medications for the disease in future.

Bluberries, grapes, oatmeal are a great source of polyphenols and can help to ease inflammatory symptoms.

A team of scientists have unveiled a list of 33 foods proven to offer long-term pain relief for rheumatoid arthritis symptoms and say the ingredients could be used to develop new medications for the disease in future.

The study team from the Kalinga Institute of Industrial Technology (KIIT) in Bhubaneswar, India, reviewed existing research on the issue and published their results in the Frontiers in Nutrition.

Rheumatoid arthritis is an autoimmune disease that affects approximately 1.3 million adults in the United States.

The fact that it is an autoimmune disorder means that the body does not recognize its own healthy cells and attacks them as though they are foreign. This causes inflammation in the joints, which translates into stiffness, swelling, pain, and sometimes even misshapenness.

So-called disease-modifying antirheumatic drugs are normally the first line of treatment for this condition, for which there is no known cure at the moment. 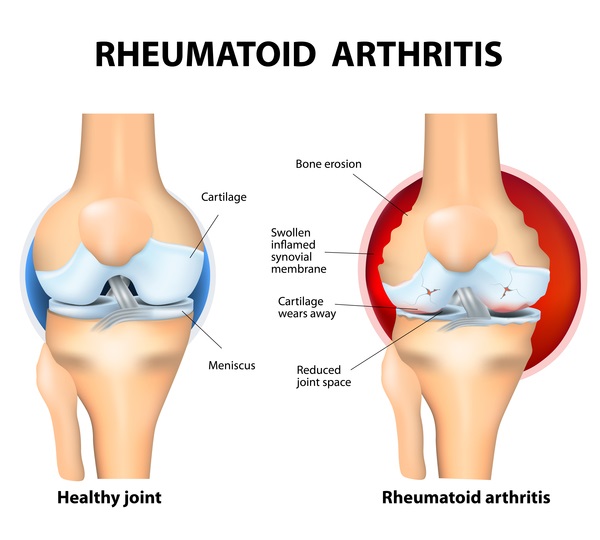 Therefore, if a person living with rheumatoid arthritis does not react well to these drugs, so-called biological response modifiers, or "biologicals," are the second-line treatment option.

However, as the authors of the new review point out, biologicals are expensive and can have serious side effects.

For this, researchers from the Kalinga Institute of Industrial Technology (KIIT) in Bhubaneswar, India, set out to explore dietary alternatives to medication.

The team narrowed down their findings to 33 foods proven to ease rheumatoid arthritis symptoms and slow down the progression of the disease.

The study is only the second one to make an overall dietary assessment for this disease, and these researchers strictly picked out the foods that were clearly proven to have long-lasting benefits.

"Supporting disease management through food and diet does not pose any harmful side effects and is relatively cheap and easy," Dr. Gupta explains.

Spices— including turmeric and ginger — olive oil, fish oil, green tea, and yogurt are also among those listed as beneficial. These can reduce the level of cytokines, or substances secreted by the immune cells that can cause inflammation in people with rheumatoid arthritis, and reduce oxidative stress,thereby improving the body's ability to fight off toxins.

"Regular consumption of specific dietary fibers, vegetables, fruits, and spices, as well as the elimination of components that cause inflammation and damage," says Dr. Gupta, "can help patients to manage the effects of rheumatoid arthritis."

"Incorporating probiotics into the diet can also reduce the progression and symptoms of this disease," she adds.

"Patients suffering from rheumatoid arthritis should switch from omnivorous diets, drinking alcohol, and smoking to (adhering to) Mediterranean, vegan, elemental, or elimination diets, as advised by their doctor or dietician." Dr. Bhawna Gupta

"Our review focused on specific dietary components and phytochemicals from foods that have a proven beneficial effect on rheumatoid arthritis," says Dr. Gupta.

The researchers also suggest that their findings could be used to develop alternative medicines.

"Pharmaceutical companies may use this information to formulate 'nutraceuticals.' Nutraceuticals have an advantage over chemically tailored medicines as they are not associated with any side effects, originate from natural sources, and are cheaper," explains Dr. Gupta.

However,the authors also caution people with rheumatoid arthritis against incorporating these foods into their diet too readily, or on their own.

"Dietary components vary according to geography and weather conditions," says Dr.Gupta, "so patients should be aware of their nutritional requirements,allergies, and any other food-related disease history."

"We strongly suggest (that) the general public consult doctors and dieticians before following any diet program or food compounds discussed in the study," she concludes.