Scientists found a link between PTSD and gut bacteria

admin
Admin
posted on 2 years ago
—
updated on 2 years ago
921
views
Health & Diseases News
Recently a small and exploratory study has identified a link between gut bacteria and post-traumatic stress disorder (PTSD) that could bring us closer to fathoming the mechanisms of the complex condition.

A recent Research finds a link between gut bacteria and PTSD.

Recently a small and exploratory study has identified a link between gut bacteria and post-traumatic stress disorder (PTSD) that could bring us closer to fathoming the mechanisms of the complex condition.

Scientists,including a team from Stellenbosch University in South Africa, report their findings in the journal Psychosomatic Medicine.

It is not uncommon, at some point in their lives, for people to experience shocking and dangerous events wherein they believe that their lives, or the lives of others, are at risk.

In medical science post-traumatic stress disorder (PTSD)refers to the mental health condition that's triggered by a terrifying event —either experiencing it or witnessing it. Symptoms may include flashbacks,nightmares and severe anxiety, as well as uncontrollable thoughts about the event.

A recent report estimates for the United States suggest that 60 percent of men and 50 percent of women will experience at least one traumatic event during their lifetime.

The small proportions of people who experience trauma develop post-traumatic stress disorder (PTSD), a serious psychiatric disease with a cluster of symptoms. In the U.S. between 7 and 8 percent of the population will have PTSD at some time in their lives.

Uncontrolled immune system and inflammation raise the risk of PTSD

The last few studies have already pointed to several factors that might determine what makes people either susceptible or resilient to PTSD.

Now the new research has highlighted genetic makeup and environmental factors such as living conditions and childhood experiences. Other has suggested that inadequate immune system control and inflammation may raise the risk of PTSD. 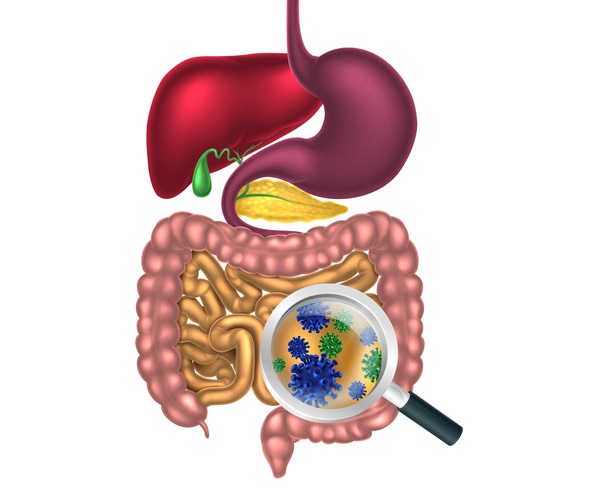 Furthermore, scientists are becoming increasingly aware of the role that the trillions of microbes that live in and on the human body play in health and disease. Many of them live in the gut, where they help to digest food, metabolize drugs, and fight infections.

It is also found that gut bacteria influence the biology and function of the brain through the production of hormones or neurotransmitters, molecules that alter immune function, and toxins.

Gut microbes are also affected by emotional responses. Stress hormones can alter their growth and damage the lining of the gut, allowing both bacteria and their toxins to get into the bloodstream. This can lead to inflammation, which is known to contribute to psychiatric diseases.

Again, some studies have found that levels of inflammation markers measured in people recently exposed to trauma can predict whether or not they will develop PTSD later.

Examining this research, the team behind the new study highlights some potential common ground between stress and gut microbes — especially in relation to the immune system and inflammation. And yet, they note in their study paper, the link between PTSD and gut microbes "is unknown."

Trauma in childhood may raise the risk of developing PTSD

For their findings, the scientist’s team — including Dr. Stefanie Malan-Müller, a postdoctoral fellow in psychiatry at Stellenbosch University — compared the gut microbes of 18 people diagnosed with PTSD with those of 12 people without PTSD but who had experienced significant trauma (the controls).

Dr. Malan-Müller and her colleagues found that while the overall diversity of the gut microbe population in the PTSD and the trauma-exposed participants was largely similar, there were differences in the abundance of certain classes of bacteria.

"We identified," explains Dr.Malan-Müller, "a combination of three bacteria (Actinobacteria, Lentisphaerae, and Verrucomicrobia) that were different in people with PTSD."Those bacteria were less abundant in the PTSD group.

The study team point out that they were not able to establish whether low levels of these bacteria were a cause or a result of PTSD.

Yet, they did find that participants who had experienced trauma as children had lower levels of two of the gut bacteria (Actinobacteria and Verrucomicrobia). These two bacteria are known to be important for regulating the immune system.

Dr. Malan-Müller explains that this is an interesting finding because it is already known that people "who experience childhood trauma are at higher risk of developing PTSD later in life." She suggests that perhaps the altered levels of the bacteria "occurred early in life in response to childhood trauma."

"We therefore hypothesize that the low levels of those three bacteria may have resulted in immune dysregulation and heightened levels of inflammation individuals with PTSD, which may have contributed to their disease symptoms." Dr. Stefanie Malan-Müller