Diet rich in Flavonoids may protect from cancer and heart disease

admin
Admin
posted on 10 months ago
—
updated on 10 months ago
573
views
Health & Diseases News
A new research revealed that the anti-inflammatory properties of flavonoid rich foods, such as citrus fruits, apples, green tea, nuts may help reduce the risk of cancer and heart disease.

A recent large scale study that involved more than 50,000 participants over a period of 2 decades concludes that eating  more flavonoid rich foods could stave off life threatening disease and extend life.

An orange or apple a day could help keep cancer and heart disease away. And the same applies to other foods, such as green tea, chocolate that are rich in flavonoids. These are plant nutrients known to reduce inflammation and act as potent antioxidants.

A considerable amount of study  has focused on the role of nutrition in disease risk and mortality.

Though it is obvious that food is vital to our survival,delving deeper into the details of how single compounds impact disease and mortality in humans is difficult.

With that said, researchers have now firmly and scientifically established that eating more fruit and vegetables is associated with reduced cardiovascular and overall mortality risk.

However, exactly how fruits and vegetables protect health is less well known; although a wide array of nutrients are likely involved, many researchers believe that flavonoids play a significant part.

Flavonoids are a types of chemicals called polyphenols. They are present in a range of natural foods, including fruits, vegetables, dark chocolate, red wine, and tea.

Each of these has the potential to impact the body in different ways and to different degrees.

A group of researchers from Edith Cowan University in Australia set out to investigate if these compounds actually can extend life and protect health. 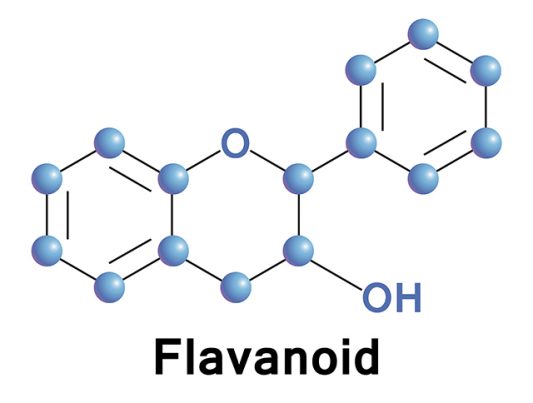 The paper, which now appears in the journal Nature Communications, outlines their findings.

The authors write that their primary aim was to "investigate the association of total flavonoid and flavonoid subclass intakes with all cause,[cardiovascular disease]-related, and cancer-related mortality."

The scientists also wanted to see how lifestyle factors such as drinking alcohol and smoking tobacco affected the benefits derived from flavonoids.

Flavonoids are a large family of polyphenolic plant compounds. Dietary flavonoids are naturally occurring in fruit, vegetables, chocolate, and beverages like wine and tea. There has been much interest in the potential health benefits of flavonoids associated with fruit and vegetable-rich diets.

There are many types of flavonoids,and their concentration in specific foods varies greatly, depending on how a product is grown and processed. So use the list below as a general guideline for foods that tend to be rich in flavonoids. Eating a diverse diet that regularly includes some of the following foods will provide you with a healthy helping of flavonoids: 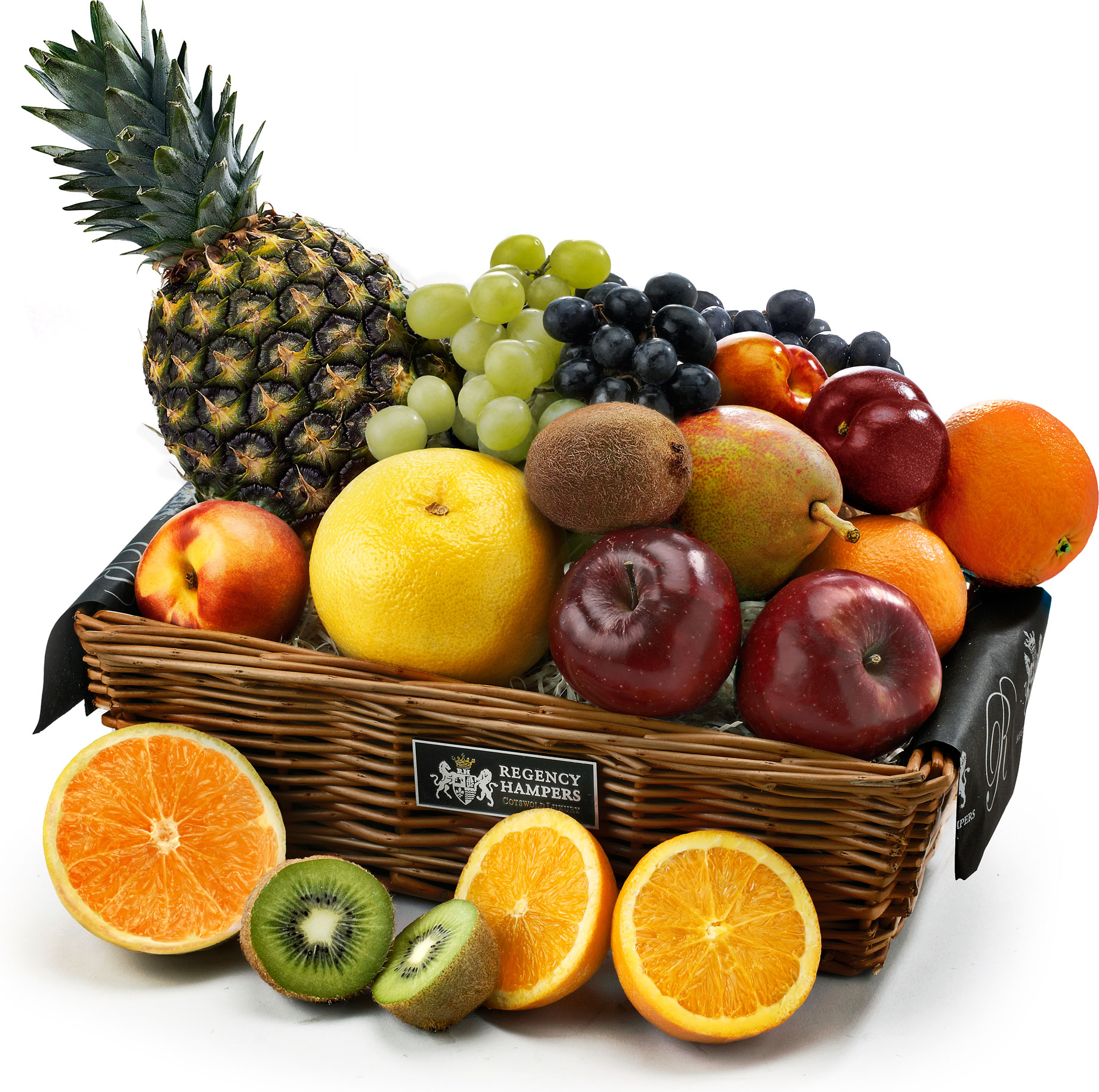 
Recent data analyses of the National Health and Nutrition Examination Survey (NHANES) estimated flavonoid intakes in US adults (aged ≥19 years) average between 200 and 250 mg/day, with 80% being flavan-3-ols, 8% for flavonols, 6%for flavanones, 5% for anthocyanidins, and ≤1% for isoflavones and flavones. 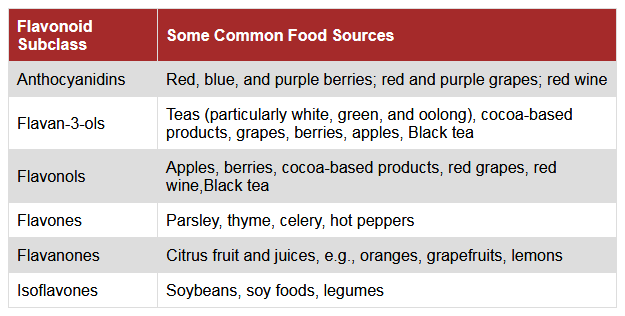 Some earlier research on flavonoids produced interesting results. In short-term studies, they appear to boost certain markers of cardiovascular health. Other papers have described a potential anticancer role for flavonoids.

Although earlier research has hinted at benefits, there are significant gaps. As the authors of the new study explain:

"Evidence from observational studies is incomplete; studies on cancer mortality are scarce, and additional research is necessary to establish the specific role of flavonoid sub-classes and to determine the dose of total and specific flavonoids required to achieve maximum benefit."

To investigate, the scientists took data from the Danish Diet, Cancer, and Health cohort. In total, 56,048 adults took part. During the 23-year followup,14,083 of the participants died.

After controlling for a range of factors, the authors conclude:

"We provide evidence that an achievable dietary intake of total and individual flavonoid sub-classes is associated with a lower risk of all cause, cardiovascular disease-related, and cancer-related mortality."

Specifically, they found that those who consumed around 500 milligrams (mg)of flavonoids every day had the lowest risk of cancer- or cardiovascular disease-related deaths. Above the 500 mg threshold, there was no additional benefit.

The scientists also analyzed the impact of each of the six types of flavonoid. They found the same effect across the board.

The research indicated that consuming 500 milligrams of flavonoids per day reduced the risk of disease.

The study found that consuming about 500 milligrams (mg) of flavonoids daily seemed to provide the greatest protection against disease.

"It's important to consume a variety of different flavonoid compounds found indifferent plant based food and drink. This is easily achievable through the diet: one cup of tea, one apple, one orange, 100 grams of blueberries, and 100grams of broccoli would provide a wide range of flavonoid compounds and over500 mg of total flavonoids."

The researchers found that the benefits of flavonoids were particularly pronounced in participants who currently smoked and who consumed more than two alcoholic beverages each day. These participants saw the greatest benefits.

However, Dr. Bondonno makes an important point, explaining that"flavonoid consumption does not counteract all of the increased risk of death caused by smoking and high alcohol consumption. By far the best thing to do for your health is to quit smoking and cut down on alcohol."

Exactly how flavonoids might reduce the risk of disease is unclear. However,some scientists believe that their anti-inflammatory qualities might be important.

Alcohol and tobacco both increase levels of inflammation and damage blood vessels. However, as Dr. Bondonno explains, "Flavonoids have been shown to be anti-inflammatory and improve blood vessel function, which may explain why they are associated with a lower risk of death from heart disease and cancer."

The new research has significant strengths — not least the large number of participants and the long follow-up duration. The scientists also captured a wide range of characteristics, lifestyle factors, and other relevant information to help refine their analysis and reduce statistical noise.

However, there are always limitations. For instance, the study was observational, which means that it is not possible to prove conclusively that flavonoids cause the decrease in mortality and disease risk.

Forinstance, as the authors explain, there is a possibility that flavonoids are “a marker of other unobserved and potentially protective dietary factors.”

More importantly, the study only captured dietary information at the start of the study; there is every chance that the participants' diets changed significantly over the following 2 decades.

The authors also note that their sample group was predominantly white, so the relationship between flavonoids and health outcomes may be different in other populations.

In conclusion, this study adds weight to the idea that flavonoids might protect health. However, as ever, scientists will need to carry out more research.

Furthermore, consuming increased quantities of fruits and vegetables will do no harm.

Dr. Anton J. Bilchik, chief of medicine at the John Wayne Cancer Institute in Santa Monica, California, praises the study for its long-term follow-up. He says it has important implications for healthcare.

“This study adds to the growing body of literature, which shows how important nutrition is in both the prevention of heart disease and cancer,”Bilchik told Healthorg.

“Further studies need to be done to explain why there’s more benefit in smokers and drinkers. The anti-inflammatory theory proposed by the authors is important, but needs to be further explored,” he said.