Depression increase the risk of early death – a study confirmed

admin
Admin
posted on 3 years ago
—
updated on 2 years ago
1,358
views
Health & Diseases News
Recently a large, long-term study has confirmed that both men and women who have had at least one major depressive episode have a significantly higher mortality risk. Moreover, this risk has progressively increased for women.

Researchers have linked depression to a greater risk of early death for both men and women.

Recently a large, long-term study has confirmed that both men and women who have had at least one major depressive episode have a significantly higher mortality risk. Moreover, this risk has progressively increased for women.

Due to the pressure caused by changing societal roles and multiple responsibilities, depression has significantly increased the risk of early death in women, the study revealed.

Depression is one of the most widespread mental disorders among adults in the United States. According to data provided by the National Institute of Mental Health, 6.7percent of all U.S. adults had at least one major depressive episode in 2015alone.

A crucial depressive episode, as defined by the Diagnostic and Statistical Manual of Mental Disorders, occurs when five or more of the following symptoms are consistently present for a period of 2 weeks: depressed mood, loss of pleasure in normally pleasurable activities, abnormal weight loss or weight gain, sleeplessness or oversleeping, abnormal physical agitation or slowness, fatigue,feelings of guilt or worthlessness, lack of focus, and "recurrent thoughts of death." 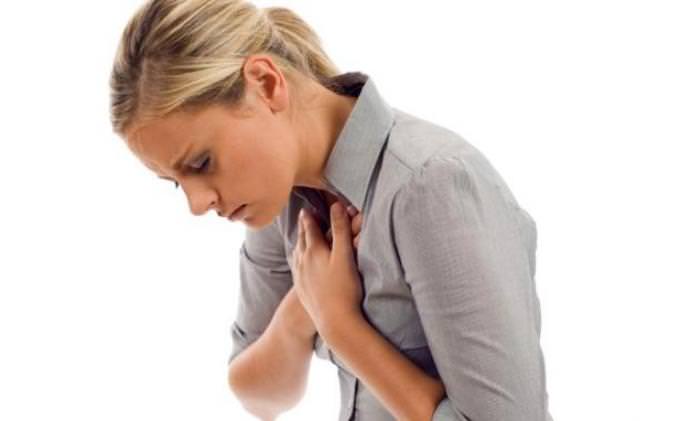 And now, a study recently published in the Canadian Medical Association Journal points to major depressive episodes as a significant risk factor of early death for both men and women.

The new research was conducted by researchers from across U.S. and Canadian institutions, including the Eunice Kennedy Shriver National Institute of Child Health and Human Development (of the National Institutes of Health) in Bethesda, MD, and the School of Epidemiology at the University of Ottawa in Ontario, Canada.

"There is less stigma associated with depression, better treatments are available, but depression's link to mortality still persists. At first, the association was limited to men, but in later years it was seen for women as well." Study co-author Dr. Stephen Gilman

Scientists of the study analyzed data sourced from 3,410 adults from Atlantic Canada enrolled in the Stirling County Study, which focused on gaining a better understanding of various mental illnesses.

Furthermore,in this research, the authors were interested in seeing to what extent depression was linked to a heightened mortality risk, and whether this risk was different for men versus women.

The team conducted their study over 60 years, analyzing data from participants enrolled during three distinct periods: 1952–1967 (1,003 participants),1968–1990 (1,203 participants), and 1991–2011 (1,402 participants). The participants' mean age at the time of enrollment was 49 years. This information was also linked to death records from the Canadian Mortality Database.

Researchers found a strong connection between a diagnosis of depression and a significantly increased risk of mortality for men across all three periods. For women, however, a link between depression and risk of death was only observed from the 1990s on-wards.

Again, the team reports that the most severe risk of death follows a depressive episode, but also that this risk might be counteracted by an improvement in the individual's mental health.

"Our results show," the study authors write, "that a depressive episode confers an elevated risk of mortality that eventually decays over time unless there is a recurrent depressive episode, in which case the mortality risk associated with depression remains elevated."

The researchers also noted fluctuations in terms of how much the lifespan of participants who had lived with depression was shortened from generation to generation.

What they found particularly worrying, however, was the steep increase in the risk of mortality for women with depression in the most recent cohort.

"Most disturbing is the 50 percent increase in the risk of death for women with depression between 1992 and2011," says Dr. Colman.

Other influencing factors with which depression is associated — such as a poor diet,alcohol abuse, smoking, and sedentarism — and which can cause a range of heart problems did not appear to be linked with the increased risk of death observed by the authors of this study.

In the case of women, Dr. Colman suggests, the raised mortality risk associated with depression might be explained by their ever-greater bulk of responsibilities.

"During the last 20 years of the study in which women's risk of death increased significantly," he explains, "roles have changed dramatically both at home and in the workplace, and many women shoulder multiple responsibilities and expectations."

The authors suggest that family physicians should monitor patients for mood disturbances, especially recurrent episodes of depression, so that they may offer treatment and support.

The authors also admit that their study faced certain limitations, especially the fact that there were long time lapses between their interviews with the participants. Thus, the researchers were unable to tell when exactly the depressive episodes had occurred, and whether these had recurred between follow-up interviews.

Still, the authors urge healthcare providers to pay close attention to their patients' mental health and monitor recurring depressive episodes, so that they may intervene as appropriate.