HealthOrg
Admin
posted on 4 years ago — updated on 10 months ago
2,678
views
Medical News
A latest research, published in the journal  PLOS  Medicine, reviews  the existing  literature on  the long-term health  benefits and risks associated with having a cesarean delivery compared with a vaginal one.

A team of researchers have investigated the long-term benefits and risks of having a C-section.

A latest research, published in the journal PLOS Medicine, reviews the existing literature on the long-term health benefits and risks associated with having a cesarean delivery compared with a vaginal one.

Women who give birth by cesarean section, or C-section, may have a decreased risk of urinary incontinence and pelvic prolapse, but an increased risk of miscarriage or stillbirth in future pregnancies when compared to those with vaginal deliveries, new research suggested.

Caesarean section known as C-section or caesarean delivery, is the use of surgery to deliver one or more babies. A caesarean section is often necessary when a vaginal delivery would put the baby or mother at risk. This may include obstructed labour, twin pregnancy, high blood pressure in the mother, breech birth, problems with the placenta or umbilical cord. 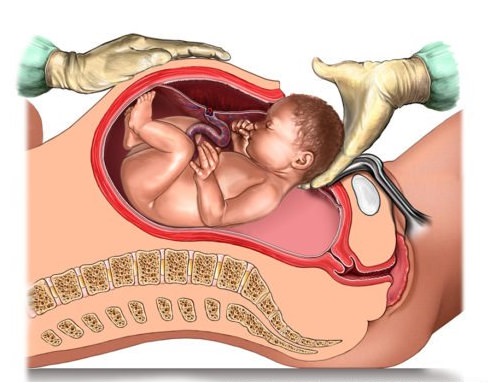 A caesarean delivery may be performed based upon the shape of the mother's pelvis or history of a previous C-section. A trial of vaginal birth after C-section may be possible. The World Health Organization recommends that Caesarean section be performed when there is a medical need as in many cases it is lifesaving for the mother and baby. However, some C-sections are performed without a medical reason, upon request by someone, usually the mother. A C-section typically takes 45 minutes to an hour. It may be done with a spinal block where the woman is awake or under general anesthesia.

Prof. Sarah Stock — from the MRC Centre for Reproductive Health at the University of Edinburgh in the United Kingdom — and her colleagues carried out a review of existing research in the hope to shed some light on the effects of having a cesarean delivery, also known as a C-section, on the health of both the mother and the child.

The findings are significant, given that more and more women are opting for a cesarean delivery instead of a vaginal one – a lot of the time without having been medically advised to do so.

The researchers note that while pregnant women are usually well-advised of the short-term outcomes of having a cesarean, they are less informed about the long-term impact of a C-section not only on their health and that of their baby, but also on their ability to carry future pregnancies.

For this, Stock and her team set out to examine the main maternal and baby outcomes associated with C-sections. To this end, they reviewed randomized controlled trials and large prospective cohort studies.

In this large scale study the total number of participants included was almost 30million.

Stock and colleagues summarize their findings: "We found that cesarean delivery is associated with reduced urinary incontinence and pelvic organ prolapse in the mother but with increased odds of asthma and obesity in the child."

They add: "Cesarean delivery is associated with future sub fertility and several subsequent pregnancy risks such as placenta previa, uterine rupture, and stillbirth." 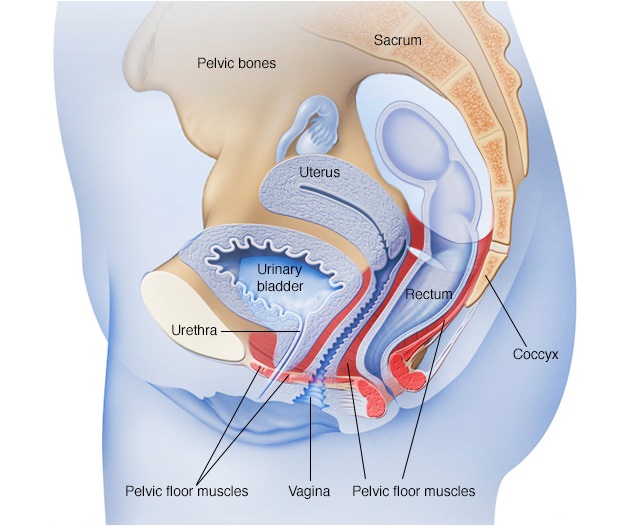 The risk of placenta previa, on the other hand — a condition in which the placenta grows in the wrong part of the womb — was 74 percent higher for mothers who had a C-section, and the risk was even higher for placenta accreta or placental abruption.

Importance of the study for women

The team recognizes some of the limitations of their own review. Most studies reviewed were observational, they say, which makes the results prone to bias.

Moreover, researchers say, the "observational studies [...] were performed in high-income countries. This means that the results should be interpreted with caution, and [the] findings may not be generalizable to other healthcare settings."

However,the findings are definitely important for women considering a cesarean. The authors conclude:

"These findings might help enhance discussions between clinicians and patients regarding mode of delivery, meaning that patients will be better informed of the potential long-term risks and benefits of cesarean delivery for themselves,their offspring, and any future pregnancies."

When compared with vaginal delivery, cesarean delivery is associated with a reduced rate of urinary incontinence and pelvic organ prolapse, but this should be weighed against the association with increased risks for fertility, future pregnancy, and long-term childhood outcomes. This information could be valuable in counselling women on mode of delivery.