HealthOrg
Admin
posted on 4 years ago — updated on 11 months ago
3,583
views
Fitness Medical News
A team of researchers from Johns Hopkins University have found that one brain-training method often used in scientific studies can help to improve working memory.

How can we train our brains to improve working memory? An existing cognitive task may be the answer, researchers say.

A team of researchers from Johns Hopkins University have found that one brain-training method often used in scientific studies can help to improve working memory.

Our working memory is what we use on a day-to-day basis, especially at school or in a work context. It refers to our ability to pick up new information and adapt our responses accordingly, over brief periods of time.

It known that working memory is a key part of the learning process, and it has been linked to literacy and numeracy abilities. It is no surprise, then, that scientists have been investigating whether there are any "recipes for success" when it comes to improving working memory.

Previous studies have not conclusively pinpointed an effective method of training the brain to boost its cognitive abilities. Now scientists based at Johns Hopkins University in Baltimore, MD, have used a fresh approach to test the effectiveness of different brain-training methods.

And therefore the research team have found, for the first time that one exercise can significantly enhance working memory. The new findings were published in the Journal of Cognitive Enhancement earlier this week.

"People say cognitive training either works or doesn't work. We showed that it matters what kind of training you're doing. This one task seems to show the most consistent results and the most impact on performance and should be the one we focus on if we're interested in improving cognition through training." Lead study author Dr. Kara J. Blacker

Leader Dr. Blacker and colleagues hypothesized that previous studies may not have focused on the most effective brain-training tasks when attempting to address the question, "Can we improve some of our cognitive abilities?" 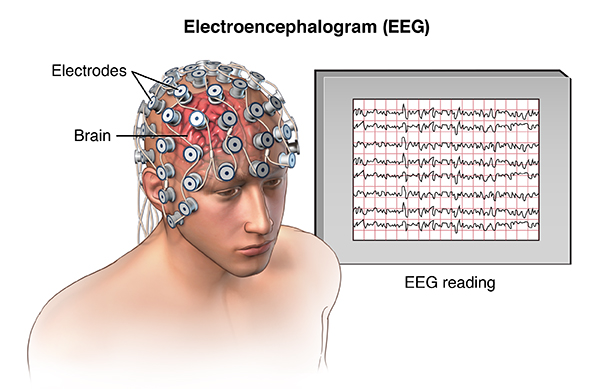 For this, in their own study, the team compared two main types of brain-training activity. They also measured the participants' brain activity both before and after they had engaged in these exercises, using electroencephalograms (EEG).

The researchers recruited 136 young adults (among them 44 were male), who were then split into three groups. And all the participants were subjected to the same tests at baseline, in order to ascertain working memory abilities, attention,and intelligence levels. Brain activity was also measured by EEG at baseline.

Two types of brain-training exercise were tackled in this study: "dual n-back" and "complex span."

The dual n-back training involves receiving visualization and auditory information simultaneously. In this case, as explained in the paper, "participants saw a blue square on a gray background in one of eight spatial locations on a computer screen and at the same time heard one of eight letter sounds."

The information was continuously updated, and they were asked to remember sequences that they were exposed to 1 minute ago, 2 minutes ago, or a few minutes back as the difficulty of the task increased.

The second type of brain-training exercise was complex span, "the participant's task was to remember the order and locations of red squares presented in a 4 x 4 grid." This exercise, however, did not require constantly updating the "store" of information they had just received.

The dual n-back task had improved memory by 30 percent

Again, Split up into three groups, the participants had to do the dual n-back task,the complex span task, or a control task. They engaged in these tasks for a month, spread across 5 days per week for a total of 30 minutes each time. 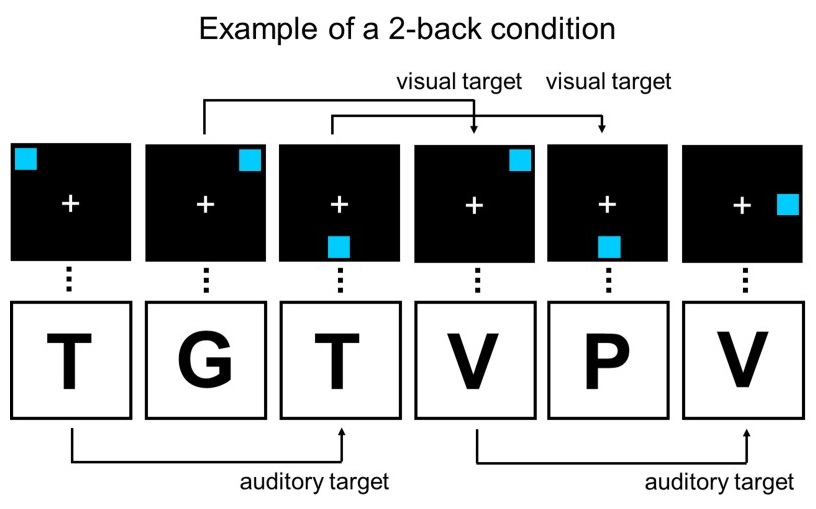 While the final EEG scans, the team found that the working memory of participants who had engaged in the dual n-back task had improved by 30 percent — which is almost twice as much as the improvement shown in participants who had been assigned the complex span exercise.

The same participants also displayed changes in the activity of the prefrontal cortex, which is a brain region highly implicated in attention and memory.

"The findings suggest that this particular task [dual n-back] is changing something about the brain. There's something about sequencing and updating that really taps into the things that only the per-frontal cortex can do, the real-world problem-solving tasks," explains study co-author Prof. Susan Courtney.

Following this study, the researchers are interested in understanding what makes this particular task an effective exercise for enhancing working memory. They would also like to adapt this exercise to make it more consumer-oriented, or marketable in a clinical context.

"The biggest lesson here was that — yes — intensive training strengthens cognition and the brain, but we still don't understand why and how. We can't just jump onto a video game and expect that's going to cure all of our cognitive problems. We need more targeted interventions," comments Prof.Courtney.

For an example of a dual n-back task similar to that which the study participants were given, have a look at the video below.